The stories of the men commemorated on the memorials 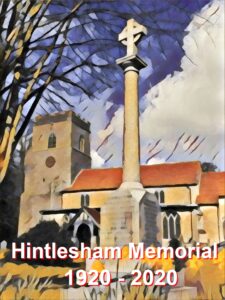 There are 43 names on the war memorials in Hintlesham and Chattisham in Suffolk.  But who were they and what were their connections to this part of the world?   This website presents fragments of their lives and their relationship to this corner of England.  I hope you find what you are looking for.

There is also a section devoted to other local men who died in the two World Wars who have local connections, but are not listed on our villages' memorials.

As the years pass, the historic footprint left by those killed in war is deeper than that of those who survived. None the less, we also remember those who returned home from ALL conflicts, often bearing the physical and mental scars of war, for their service and sacrifice.

HintleshamWarMemorial.com welcomes comments, corrections and especially your contributions of photographs and information. 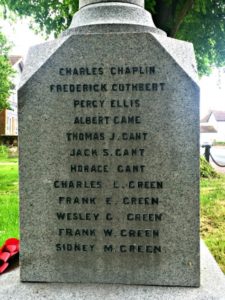 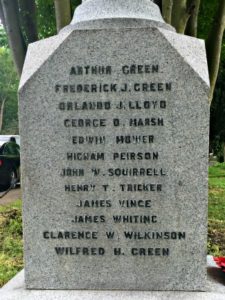 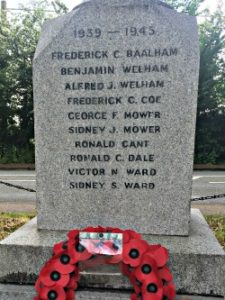 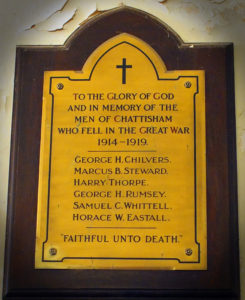 A Century of Remembrance

In June, it will be 100 years since Hintlesham War Memorial was dedicated and unveiled.  The whole village turned out to see the huge monument which bore the names of 23 men killed in the Great War.  The crowd in the road was 6 deep in places, straining to get a better look as the Bishop, High Sheriff and the congregation poured out of the church ... and a photographer was there to capture the moment. Originally the photographs were in black and white, but are now shown in a digitally coloured format.

Those attending knew only too well the horrors of war and, like us today, the deadly effects of a global pandemic.  In 1918 Spanish Flu claimed more lives (some estimate 50 million)  than those lost in the Great War.

CANCELLED DUE TO PANDEMIC

On Sunday 14 June 2020, we had planned to re-dedicate our memorial and unveil a new name, Harold G Tipple,  which is to be added.  We also wanted to “recreate” a village photograph to mark the moment.  Sadly, the event has been cancelled. 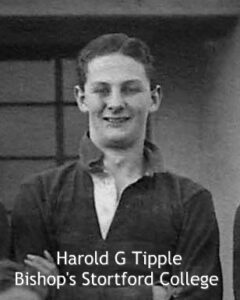 On Sunday 10 November 2019, St Nicholas Church in Hintlesham was the venue for the annual Remembrance Service which was led by Jenny Cox.   It was particularly poignant because for the first time in 80 years, Pilot Officer Harold Tipple was commemorated, both within the church and at the memorial.

The events surrounding Plt Off Tipple's crash near Hintlesham were recalled.  Also the stories of Wesley  Green , who died 100 years ago, and Benjamin Welham  who died 75 years ago, were shared with the 50 strong congregation. 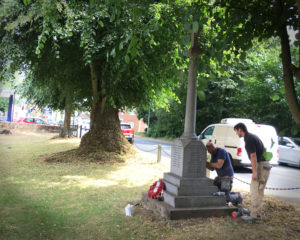 Over the last couple of years the memorial's condition has slowly, but surely, improved.  Gentle cleaning and several treatments of a herbicide spray has removed all of the moss, algae and lichen.  In July 2018,  Hintlesham & Chattisham Parish Council paid for Suffolk Masonry Services to repair and re-paint the lettering.

Before The Great War … 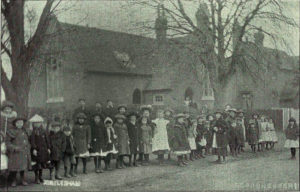 In 1901, Alfred & Mary Green lived at 23 George Street and next door were Charles and Sarah Green.   Between them they had seven sons  ranging in age from 4 to 13.  One can imagine them going to school and playing in the fields. The Great War claimed the lives of two sons from each family.

"Who dare tell the lambs in spring,
What fate the later season brings?" 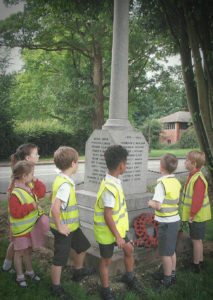 Photograph by kind permission of the school. 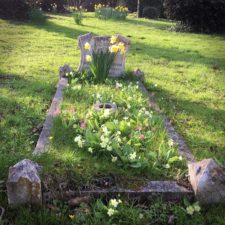 Primroses and daffodils bloom on the grave of Wilfred H Green who died on 26 April 1924.  His grave is adjacent to the Hintlesham war memorial which also bears his name.  He came home after the Great War,  but was physically and psychologically damaged.
For many years his gravestone was heavily covered in moss and lichen.  Now, Wilfred's details are only obscured by flowers in spring. 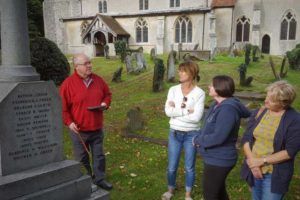 Gerald Main is an experienced presenter / lecturer and is available to give illustrated talks about the "Men on The Memorial".  Donations to the War Memorial Trust.

Remembrance through the seasons

In Flander's Fields
by John McRae

In Flanders fields the poppies blow
Between the crosses, row on row,
That mark our place; and in the sky
The larks, still bravely singing, fly
Scarce heard amid the guns below.

News about the memorials, research, etc.

Others associated with the villages killed in war