Reginald Powling was born in Hadleigh on 24 June 1900.  He was the son of Frederick and Mary Powling who in 1911 were living in Hadleigh Road , Hintlesham .

Reggie, as he was known,  joined the Navy in June 1918 and  served on Dreadnoughts and In 1933 he was awarded a Long Service and Good Conduct medal.

He married Janice  (known also as  Jenny) and was posthumously awarded the DSM for bravery while serving on HMS Sabre during the evacuations at Dunkirk. It is believed he made 11 trips.

Reginald was  a 1st Class stoker aboard HMS Legion when he died aged 41.  The ship was moored in French Creek, Malta, where she received a direct hit from bombs dropped by German aircraft which caused the ships magazine to explode.

On the Chattisham War Memorial Reginald  is listed as Reginald E Powling, but the census and his Commonwealth Graves listing indicate his middle name was Arthur - hence the listing should read Reginald A Powling.  Reginald is also commemorated at the Chatham Naval Memorial and on the Ipswich War Memorial.

Angela Patrick, a niece of Reginald, contacted the website from New Zealand to say he was known as Reggie and had a brother called Stanley who lived at Orchard Lea in Chattisham.  Another niece, Shirley Mower, from Hintlesham confirmed Reggie's middle name which appears in her family bible and contributed the cutting below.  Thanks to both for the photographs. 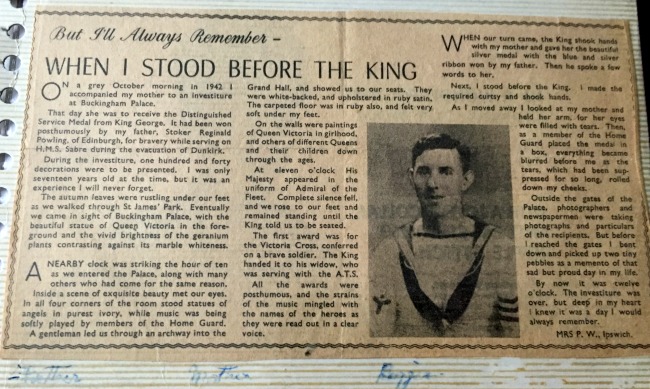 Michael  Erskine  Ryan was the eldest son of Gerald Ellis Ryan 2nd Bart M.A. and Hylda Winifryde Ryan  of Chattisham. He was born on 9 April 1920 and next in line to inherit the baronetcy from his father.

Michael joined the RAF and was flying a Blenheim IV when his plane and crew were shot down just off the Netherland's coast.  He was aged 20.  Six days later his body washed up on a Dutch beach and  Pilot Officer Michael E Ryan of 235 Squadron was buried  with military honours at  Schiermonnikoog (Vredenhof) Cemetery - an island off the north coast of the Netherlands.

There are more details & photographs  of  Michael, his crew and his  final mission at aircrewremembered.com . 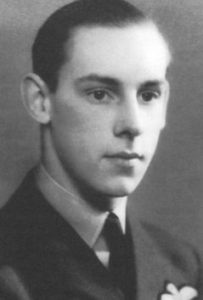 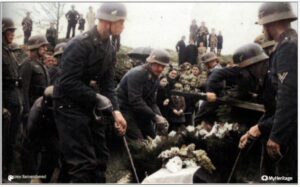 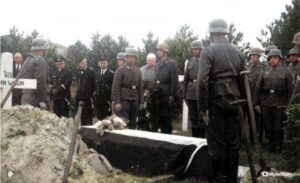 Sidney Harold Wright was the son of Mr & Mrs Harry Wright from Chattisham.  Sidney served with the 5th Battalion of the Suffolk Regiment.  After training, the battalion was sent by sea to Singapore,  via Canada, the Caribbean and India. They arrived on 29th January 1942 just as the air force was pulling out.  Singapore surrendered on Sunday 15th February.  The highly trained 5th battalion had travelled 20,000 miles from Liverpool to Singapore and then forced to surrender.

Sidney  became a prisoner of war in the Far East and treated as slave labour by his Japanese captors on the Burma - Siam railway; the infamous "Railway of Death."  They were treated appallingly by their captors and endured unimaginable deprivation and abuse throughout their captivity.

Sidney is buried at Thanbyuzayat Cemetery in Myanmar (formerly Burma) alongside 3,370 other Commonwealth and Dutch burials. 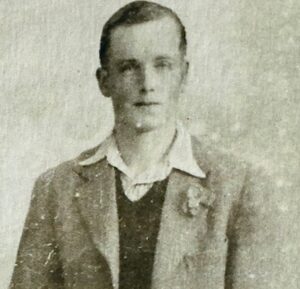 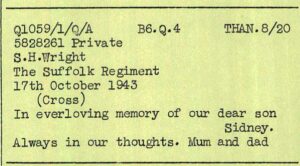 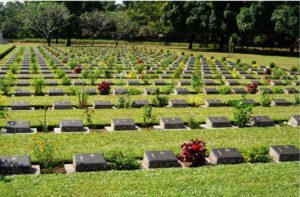 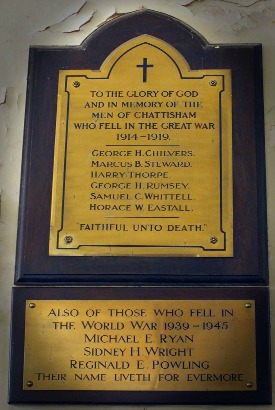